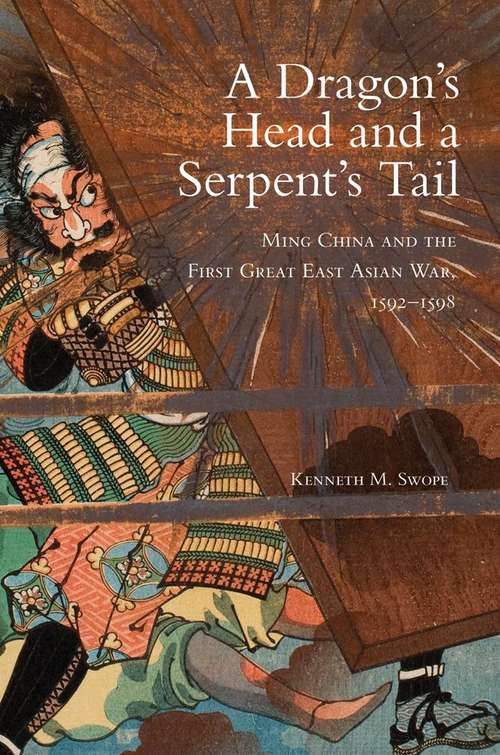 A Dragon's Head and a Serpent's Tail

The invasion of Korea by Japanese troops in May of 1592 was no ordinary military expedition: it was one of the decisive events in Asian history and the most tragic for the Korean peninsula until the mid-twentieth century. Japanese overlord Toyotomi Hideyoshi envisioned conquering Korea, Ming China, and eventually all of Asia; but Korea's appeal to China's Emperor Wanli for assistance triggered a six-year war involving hundreds of thousands of soldiers and encompassing the whole region. For Japan, the war was "a dragon's head followed by a serpent's tail": an impressive beginning with no real ending. Kenneth M. Swope has undertaken the first full-length scholarly study in English of this important conflict. Drawing on Korean, Japanese, and especially Chinese sources, he corrects the Japan-centered perspective of previous accounts and depicts Wanli not as the self-indulgent ruler of received interpretations but rather one actively engaged in military affairs--and concerned especially with rescuing China's client state of Korea. He puts the Ming in a more vigorous light, detailing Chinese siege warfare, the development and deployment of innovative military technologies, and the naval battles that marked the climax of the war. He also explains the war's repercussions outside the military sphere--particularly the dynamics of intraregional diplomacy within the shadow of the Chinese tributary system. What Swope calls the First Great East Asian War marked both the emergence of Japan's desire to extend its sphere of influence to the Chinese mainland and a military revival of China's commitment to defending its interests in Northeast Asia. Swope's account offers new insight not only into the history of warfare in Asia but also into a conflict that reverberates in international relations to this day.