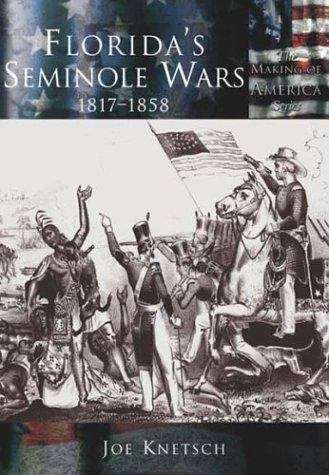 Among the most well known of Florida's native peoples, the Seminole Indians frustrated troops of militia and volunteer soldiers for decades during the first half of the nineteenth century in the ongoing struggle to keep hold of their ancestral lands. While careers and reputations of American military and political leaders were made and destroyed in the mosquito-infested swamps of Florida's interior, the Seminoles and their allies, including the Miccosukee tribe and many escaped slaves, managed to wage war on their own terms. The study of guerrilla warfare tactics employed by the Seminoles may have aided modern American forces fighting in Viet Nam, Cambodia, and other regions. Years before the first shots of the Civil War were fired, Florida witnessed a clash of wills and ways that prompted three wars unlike any others in America's history, although many of the same policies and mistakes were made in the Indian wars west of the Mississippi.