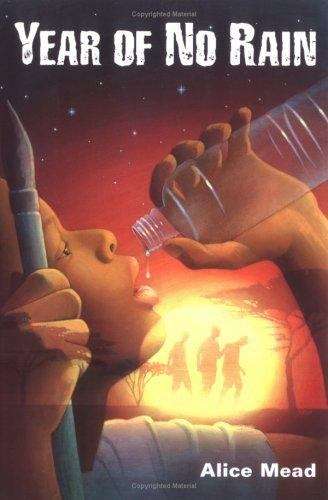 Year of No Rain

"An artfully told story . . . The history, the land, and the determination of a band of refugees to care for each other are vividly evoked in this important work. " -- Starred review, Kirkus Reviews In the dry spring of 1999, eleven-year-old Stephen Majok watches as his friend Wol joins a circle of dancers. Wol is celebrating - only fourteen, he is engaged to Stephen's sister. Wol wants to marry because he might join the guerrillas in southern Sudan and fight the northern government soldiers. He wants a wife to remember him. Stephen thinks Wol is crazy. Children should study. But because of the civil war, there has been no school in their village for over a year. All Stephen has left from his student days is his books and one precious pencil, and the hunger for knowledge. Then, suddenly - but not unexpectedly - exploding bombs are heard in the tiny village. Stephen's mother tells him to hurry, pack his bag, and hide beyond the forest with Wol and their friend Deng. Stephen grabs his geography book, his pencil, and little else. He does not want to leave his mother and sister. He does not want to leave the life he loves. In her latest portrayal of "children caught in the cultural crossfire" (School Library Journal), Alice Mead emphasizes the attachment all humans have to the small place on earth we call home, and our resistance to being displaced, even when our very lives are threatened.