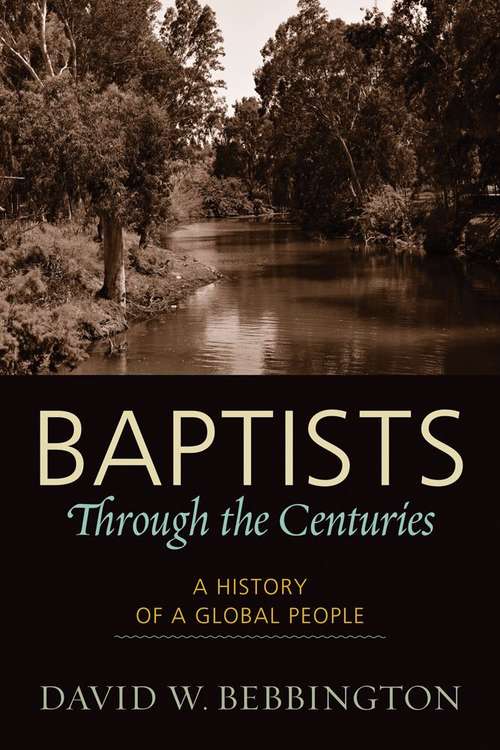 Baptists Through The Centuries

A clearly written introduction to the history and theology of this international people, Baptists through the Centuries provides a chronological survey of the main developments in Baptist life and thought from the seventeenth to the twentieth centuries. As Baptists spread globally beyond their British and American origins, Bebbington persuasively demonstrates how they constantly adapted to the cultures and societies in which they lived, generating even more diversity within an already multifaceted identity. In the course of telling the story of Baptists, Bebbington also examines the challenging social, political, and intellectual issues in Baptist history--attitudes on race, women's roles in the church, religious liberty, foreign missions, and denominational identity--and situates each one within a broader context.